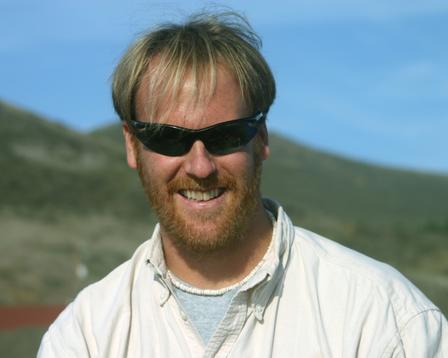 . Robert provides advice to the Commission on Internet law and policy. He served on the National Broadband Plan team and assisted with the FCC's Open Internet proceeding. In 2010, the FCC released his working paper Potential Impacts on Communications from IPv4 Exhaustion & IPv6 Transition. He has served on the Interagency Working Group on Cloud Computing, the Online Safety & Technology Working Group, the Interagency Working Group on Barriers to Ecommerce and the Interagency Cybercrime Treaty Working Group. He regularly teaches courses for the FCC University including "Internet 101: Law, History, and Economics" and "Introduction to Communications Law." He also teaches a course on FCC Internet policy for the US Telecommunications Training Institute. He has also served as a grant reviewer for NTIA's TOP Program. Prior to this position, he was Deputy Director of the FCC's Y2K Task Force.

Robert is also the Founder and Director of the Cybertelecom, a not for profit educational project focused on federal Internet law and policy. The goal of the project is to create an educational resource, providing background information on law and policy. In this capacity, Robert produces the extensive Cybertelecom website, blogs, moderates the Cybertelecom-l online discussion group, and presents scholarly research. He recently presented his paper on the AntiCybersquatting Consumer Protection Act at the Telecommunications Policy Research Conference. Cybertelecom has become a vital reference to scholars, lawyers, advocates, and researchers.

's Online Communications Committee. He was awarded a Presidential Award for his work on Y2K, and the Lone Star Award from the Texas ISP Association

In 1992, Robert served as a judicial clerkship to Judge Steffen Graae

Robert Cannon and his family were featured in a Washington Post Article Volunteering, Family-Style, Wash Post 1/5/2004. In 2007, he was awarded the Bronze Presidential Volunteer Service Award. From 2005-09, he was an assistant coach with the Montgomery Youth Hockey Association; he has also been a volunteer coach with the Reston Raiders, Northern Virginia Cool Cats, Ashburn Ice House, Arlington Aces Soccer, Arlington Babe Ruth Baseball, Arlington Basketball, Williamsburg Middle School Ultimate Frisbee team, and Odyssey of the Mind. He has also captained several Washington Area Frisbee Club teams including establishing and leading the FCBA/FCC's team Seven Dirty Words.

There is no Geography on the Internet and other Hyperbole

Will the Real "Internet" Please Stand Up: An Attorney's Quest to Define the Internet, TPRC Book 2003 (MIT Press 2003).

The Legacy of the Computer Inquiries

Where ISPs and Telephone Companies Compete: A Guide to the Computer Inquiries, 9 Commlaw Conspectus 207 (2001); also published in Communications Policy in Transition (MIT Press 2001).

, Federal Communications Commission in conjunction with the Network Reliability & Interoperability Council (1999) (I was Deputy Director of the FCC Y2K Task Force and edited this report)

Articles
(I no longer track individual articles or blog posts)

Cover Your Assets - What to Do When the Authorities Come Knocking on Your Door, Boardwatch (Sept. 2001)

Who Has Your Identity? Protect Your Customers from Identity Theft, Boardwatch (Jun. 2001).

Running Code and a Pot of Coffee: Review of Y2K Efforts and Results, Boardwatch (Apr. 2000).

Congress Wakes up to the Internet, Boardwatch (Dec. 1998).

Net-heads vs. Bell-heads: Grudge Match of the Century Taking Place at the FCC!, Boardwatch (Oct. 1998).

A Parent's Guide to Supervising a Child's Internet and Online Experience, Internet Telecommunications Project (republished in the book A Wired Society).

ISP Enforcement Rights and Opportunities Before the FCC, ISPCON and ISPF (Fall 1999).

Moderator, FCBA CLE Seminar: The Internet at the FCC: Connecting Cyberspace to the NII (Mar. 6, 1997).